What went wrong in Eritrea?

Eritrea's hard-won independence promised much for the future, but instead it brought repression, war, secrecy and international pariah status 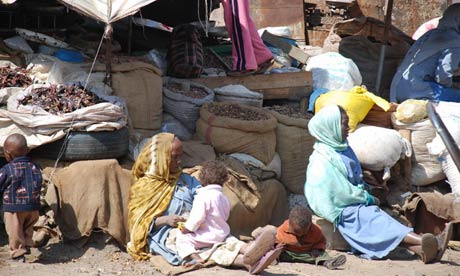 I recently read an extensive report prepared by the UN Monitoring group on Somalia and Eritrea (pdf), which said Eritrea was behind a terrorist plot in January against an African Union summit in the Ethiopian capital, Addis Ababa.

I was impressed by the level of detail in the report. For Eritrean activists abroad, it contained no new revelations, but I presume many members of the international community were shocked by it. The 417 pages accused Eritrea's government and military leaders of many wrongdoings, including human trafficking, contraband, money laundering and extortion.

The question many are asking is: what went wrong in Eritrea?

The first thing to look at is its history. The sacrifice that was made to liberate Eritrea from the Ethiopian occupation, which lasted three decades, cannot be described in simple terms. The tug of war that was played out between the attacks of the liberation forces and the Ethiopian counteroffensives still draws raw emotions. Eritreans, young and old, inside and outside the country, supported the revolution.

Independence meant the world to Eritreans, and the day of 24 May 1991 was the consolidation of my identity. But post-independence, that hard-won victory failed to bring liberty. Promises of democracy, the foundation stone of the struggle, went out of the window once the ex-fighters assumed power. Gradually, arrogance took over and the ruling elite had everything at their disposal, while the quality of life of the average fighters deteriorated. A gap was quickly created between ex-fighters and civilians, the diaspora were systematically prohibited from returning, and draconian measures were taken against the educated and those who voiced complaints.

In 1998, a renewed conflict over a useless piece of land broke out with Ethiopia. The fighting that claimed around 19,000 young Eritrean lives ended in defeat. The country has never recovered.

I went with a group of academics and others to voice our concerns to the president. But he demanded we apologise for publicly criticising him. We were lucky to leave the country unharmed.

Now power is totally in the hands of the president, and the unwise wielding of that power has led to Eritrea being excluded from the regional and the international community. Of course in the process, exclusion has become synonymous with self-reliance.

"Eritrea is so self-reliant it does not need any outside help to brave the storm," say the aficionados. Sadly, the fact is that Eritrea is on a slippery slope while self-reliance is repeatedly being affirmed. Its foreign policy is shaped by its reaction to what its old rival – and nemesis – Ethiopia does or does not do.

There are noticeable traits one can easily identify in the affairs of Eritrea's government: denial and secrecy.

Perhaps evidence of that can be found in the food crisis in the Horn of Africa. Is the drought affecting Eritrea? There are neither independent observers nor international organisations in the country. NGOs are banned from operating.

A friend of mine who lives in the capital, Asmara, tells me he can't afford to go to the market because prices are too high. The government tells a different story, praising the country for stabilising food prices and for its efforts to ensure food security.

The only people who can afford to shop at the market are those who benefit from the country's largest safety net – remittances from family members living abroad.

One can only surmise what is really happening in this small country of 4.5 million, whose young people are fleeing to neighbouring countries, where rationing is widespread, independent media do not exist, and all accurate data is government property. I suspect there is a drought in Eritrea, although its effect may not be as severe as in Somalia or other neighbouring countries. But Eritreans are used to going hungry.