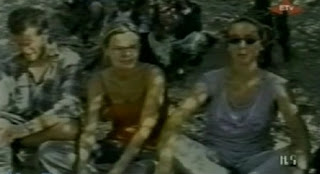 Ethiopian rebels said on Tuesday they had freed two German tourists who they had held hostage for six weeks after a gunbattle that killed five others in the remote Afar desert region.
The Afar Revolutionary Democratic Unity Front (ARDUF) “has apologised to them and wishes the two German tourists (a) lucky journey back home, hoping... they will find their loved ones in peace,” the rebel statement read.
The rebels said they handed over the two Germans to local Afar elders as well as the German embassy officials on Monday in the desolate desert region, to “send them back to Germany to meet with their loved ones again.”
The two Germans were seized in January 18 in a bloody attack on the slopes of the famed Erta Ale volcano. Two other Germans, two Austrians and one Hungarian were killed in the gun battle with government forces.
Since then, the tourists have been held in the harsh desert environment, reputed to be one of the hottest places in the world.
“They have been in Afar Region with us sharing our scanty livelihood,” the rebels added.
Ethiopia has blamed arch-rival Eritrea for backing the ARDUF rebels and claimed the tourists were held across the border in remote desert areas of Eritrea - charges Asmara have fiercely denied.
Last month, ARDUF rebels said they supported the hostages' safe release, but warned that “any military engagement with ARDUF would... endanger the lives of the two German citizens.”
It claimed there had been repeated clashes between Ethiopian forces and ARDUF rebels since the January attack.
ARDUF has been fighting a low-level insurgency in the northern region near the tense Eritrean border to end what it says is “political marginalisation and economic deprivation” by Addis Ababa. The group claims to have no links to Eritrea.
In 2007, ARDUF rebels seized five European tourists and eight Ethiopians. The Europeans were released after 12 days to the Eritrean government, while the Ethiopians were freed almost two months later. - AFP
Posted by Guihon at 5:28 AM