Fictional stories serve useful purposes. Ethiopians tell teret, parables to convey a moral message; and Isaias, the EPLF, and its supporters have been telling the fiction that “Eritrea was a colony of Ethiopia” to sanction independence. Today, other ethnic fundamentalist groups, including the TPLF in the past, are doing the same.

Isaias told the two interviewers that the struggle in Eritrea was an anti-colonial struggle. Even after 25 years of Eritrea’s independence, even after having achieved his cherished dream, even after being crowned the “founding father” of Eritrea, he still repeats the false claim. It seems that the fiction has become an article of faith, almost a dogma, for him and for members of the EPLF.

The question of whether Eritrea was a colony of Ethiopia or not had been exhaustively discussed in the Ethiopian student movement in the 1970s (and more recently, here); today the debate is moot. The theoretical discussion has been settled by the reality of Eritrea’s independence. Largely thanks to the missteps of the Haile Selassie government and the atrocities of the Derg, Eritrea has become an independent country.

Despite the false hopes that Isaias has been raising since 1991 about the possibility of federation, confederation, or some kind of “economic arrangement” between Ethiopia and Eritrea, Eritrea’s independence is irreversible. We should accept this fact.

Eritreans oppose the dictator intensely, but they also treasure their independence immensely. Like Ethiopians, they too want to build a democratic and prosperous nation of their own; they want to salute their own flag, sing their own national anthem, celebrate their own independence day; in short, make their own history. We should respect that.

One should not confuse the opposition of the Eritrean people to Isaias’ dictatorship with a longing to re-unite with Ethiopia. That is not the case. At the same time, the emotional attachment of Ethiopians to Eritrea has considerably subsided over the last 25 years, although their yearning to re-integrate Assab remains strong. Most Ethiopians have accepted Eritrea’s independence, with the exception of the status of Assab. (I will discuss the issue in a series of commentaries in the future).

My intention in addressing “Ethiopian colonialism” is not to rehash the old debates, but to expose its logical inconsistencies. My commentary is not concerned with the theoretical intricacies, subtleties, and nuances of “Ethiopian colonialism”, but rather with its political motivations, ramifications, and repercussions for national unity. (In the next piece, I will attempt to demonstrate these).

The Need to Debate the Issue

Since Isaias has insisted on the fiction of “Ethiopian colonialism” and since other ethnic fundamentalist organizations have also adopted it as a political weapon, a potentially lethal one at that, the fiction must be addressed squarely, logically, and publicly. But rejecting the validity of “Ethiopian colonialism” is not justifying the brutalities of the Derg in the past or that of the TPLF-controlled regime today. One can take a principled position of rebuking “Ethiopian colonialism” while simultaneously condemning the atrocities of the regime, as I do. I condemn the crimes committed by the regime’s security forces against innocent people of the Ogaden.

Let’s accept the assertion that “Eritrea was a colony of Ethiopia”, as if it were true. The EPLF and its supporters declare that when the federation was dissolved in 1962, Ethiopia colonized Eritrea. There are a number of logical problems with this equation of dissolving the federal arrangement with colonialism.

What the EPLF is referring to is the colonialism that emerged in 19th century Europe as a result of the development of industrial capitalism. The search for raw materials and larger markets to meet the demands of industrial capitalism brought about European colonialism. Of course, it would be absurd to argue that Ethiopia needed a colony for its industrial production, as there was hardly any. The EPLF does not make such a claim; actually,

it makes the opposite claim.

The EPLF has consistently argued that Eritrea was economically “advanced” and Ethiopia was “backward” when Ethiopia “colonized” Eritrea in 1962. If this assertion is correct, then manufactured goods and capital should have flown from “industrialized” Eritrea to “backward” Ethiopia. And if that is the case, the logical question is: which country was the colony and which was the colonizer? So, the EPLF’s claim that “advanced Eritrea” became a colony of “backward” Ethiopia is logically contradictory, economically speaking. It makes no sense at all.

Second, despite Isaias’ denial in the past, today he recognizes that the people of Eritrea and Ethiopia share the same culture, history, and values, but colonies, especially African colonies, and their colonizers don’t share the same history, culture, and values, at any rate not before they became colonies. The Kikuyus have nothing in common with the English or the Ibos with the Scots. At a social level, leaders of the anti-colonial struggle were not descendants of colonizers. Robert Mugabe’s ancestors were not British, but Isaias’ parents were Ethiopian because of the strong cultural and social integration between Ethiopians and Eritreans.

The Suggestion for Economic Union with Ethiopia

“The Sanctity of Colonial Borders “

Forth, Isaias argues that Eritrea’s colonial borders must be sacrosanct, they must be respected, consistent with the charter of the African Union, but when discussing the border war of 1998-2000, he dismisses the borders between Ethiopia and Eritrea by saying that “… borders are meaningless… a border that never existed … the border is a distortion of reality, of history…” He asks the question: “… why do we need borders in the first place?”

These statements are baffling. For someone who claims that he waged an “anti-colonial” war for 25 years and who upholds the sanctity of colonial borders between Ethiopia and Eritrea, to argue that there had been no borders between Ethiopia and Eritrea and to engage in a war over “non-existing borders” is mind boggling. Which of his two positions is correct, the sacrosanct colonial borders or the non-existent borders? The latter claim invalidates the former.

Social Integration among Ethiopians and Eritreans

Fifth, unlike European colonizers, the Ethiopian people, including the Amhara “colonizers”, have never felt ethnically superior to Eritreans; on the contrary, Ethiopians and Eritreans have always considered each other brothers and sisters of equal status. In fact, because of extensive social and cultural interactions and frequent inter-ethnic marriages, many Ethiopians are of mixed heritage. Few Ethiopians are ethnically “pure”. This interaction explains why Ethiopians are tolerant towards each other, despite the numerous attempts to create ethnic conflict by small-mined politicians.

Even the ruling elite during the era of the so-called “Ethiopian colonialism” did not harbour any “superiority complex” towards the Eritrean people. Emperor Haile Selassie married one of his granddaughters to an Eritrean, Dr. Seyoum Haregot. Can you imagine King Leopold III of Belgium marrying one of his daughters to a Congolese tribal chief? Never!!

It is clear that the quest for independence does not always require colonial oppression. The separation of South Sudan from the Sudan, the secession of Bangladesh from Pakistan; and the break-up of former Yugoslavia, Czechoslovakia, and the Soviet Union did not result from colonial subjugation. But the fiction of “Ethiopian colonialism” must be retained to be used as an altar for sanctifying secessionism.

The claim of “Ethiopian colonialism”, as I have attempted to show above, is logically incoherent. It collapses under its own internal inconsistencies. The economic arguments supporting the claim are non-existent; the cultural arguments, exaggerated; and the historical arguments, shaky; yet the fiction lives on because, when mixed with the ideology of ethnic fundamentalism, it serves as a useful political instrument for raising “ethnic awareness” (tactical element # 1 in Isaias’ formula), an arsenal for dividing, weakening, and eventually dismantling Ethiopia.

The solution to the problems facing all Ethiopians, regardless of ethnicity, is not contriving a construct that divides the Ethiopian people along ethnic lines, but making the most of Ethiopia’s rich cultural, religious, and regional diversity to forge unity for the common good.

Worku Aberra (PhD) teaches economics at Dawson College in Montreal, Canada.
Posted by Guihon at 2:01 AM No comments:

Ethiopia and USA agree to take action on Ginbot 7

Refugees say Israel expeling them to Uganda and Rwanda 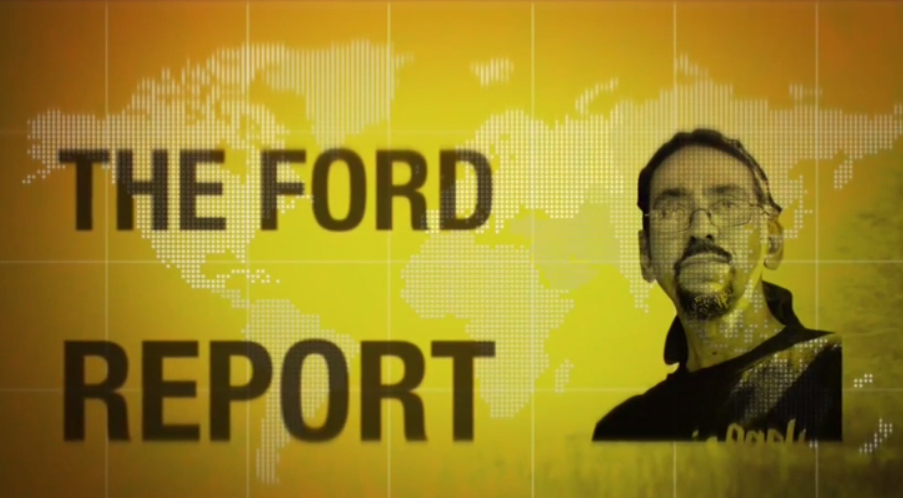 
Eritreans staged worldwide demonstrations against Ethiopia’s illegal occupation of sovereign Eritrean territory including the town of Badme.
The demonstrations were held since today marks the 13th anniversary of the final and binding decision by the Eritrea-Ethiopia Boundary Commission to award Badme to Eritrea.
The area occupied by Ethiopia is  located between the western part of Eritrea and the northern part of Ethiopia.
The Eritrea–Ethiopia Boundary Commission, a body founded by the UN, established that Badme belongs to Eritrea after the second Eritrean-Ethiopian war ended.
Ethiopia still occupies the Eritrean territory as of today.
Posted by Guihon at 6:37 AM 2 comments:

Eritrean Foreign Ministry has refused claims that alleged Iranian support to Houthis group was being channeled through the Horn of Africa nation.

World Bulletin / News Desk
Eritrean Foreign Ministry has dismissed reports that alleged Iranian support to Houthis group was being channeled through the Horn of Africa nation.
"The government of Eritrea has been monitoring such repeated and groundless allegations claiming at one time that 'there exist Israeli bases in Eritrea' and at another 'Iranian bases,'" the ministry said in a statement.
The ministry went on to denounce "the practice of unethical and unprofessional acts of certain media outlets."
"Eritrea views the crisis in Yemen as an internal matter," the statement said.
The release came after Saudi media outlets recently alleged that the Eritrean government is supporting the Houthi insurgency in Yemen.
Posted by Guihon at 1:20 AM 2 comments: