'If we don’t give them a voice, no one will': Eritrea's forgotten journalists, still jailed after 14 years | World news | The Guardian 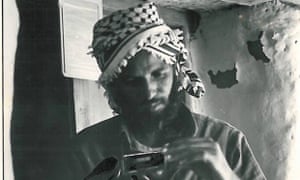 Seyoum Tsehaye, who was imprisoned during a government crackdown in 2001. Photograph: Pen EritreaThose writers who remain face stringent censorship in a media climate characterised by the monotonous recycling of official information put out by a paranoid government.
In response to these conditions, Eritrean journalists in exile set up PEN Eritrea, an organisation to connect this inaccessible country and the outside world, and to campaign on behalf of the country’s imprisoned journalists, many of whom have been jailed for more than a decade without contact with their families.
President of the organisation, Ghirmai Negash, describes it as: “a small contribution in the long road towards liberty and democracy.”
Co-founder Dessale Berekhet said: “We aim to empower, connect and if possible to serve as an umbrella for the ‘destitute’ writers and journalists of the country wherever they are scattered.”
But repression has not always been the norm for the country’s writers. In 1996, soon after independence from Ethiopia was finally won after a 30-year war,the number of independent newspapers boomed, many founded by students or graduates of the University of Asmara and catering for a wide range of views.
But as the political climate began to change, so too did the state’s attitude towards its critics. In a climate of mounting repression led by president Isaias Afwerki, 15 members of the People’s Front for Democracy and Justice wrote an open letter denouncing Afwerki’s iron grip on power, calling his actions “illegal and unconstitutional”.
For this they were quickly jailed. Eleven of the men, who have become known as the G-15, remain incarcerated, incommunicado, without trial. On the same day, 18 September 2001, Afwerki cracked down on all dissent, banning private newspapers.
Eleven journalists were taken into custody that day, and remain in undisclosed locations. It is widely believed that at least four (and perhaps as many as nine) of the 11 journalists have since died, including Medhanie Haile and Fessahaye “Joshua” Yohannes, profiled below. 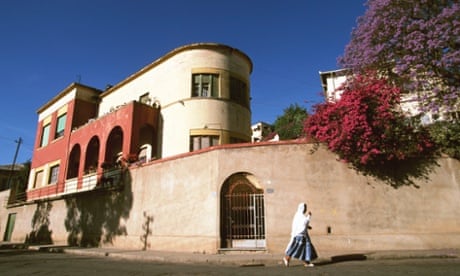 Fourteen years later the country remains in a state of anxiety: current estimates suggest there are at least 23 journalists in prison without due process. Only state owned media remains, and communication with outside world has become nearly impossible. Now, citizens must go to public spaces to share information amongst themselves, while young people are stuck watching European football, or dubbed Arabic-Turkish soap operas on TV.
Has Eritrea become Africa’s North Korea? Worse, perhaps: journalists routinely face arrest, intimidation, harassment and long-term detention without trial, their families unsure if they are still alive.
The following six writers have been held in undisclosed locations since September 2001, without trial.

Amanuel Asrat was editor-in-chief of the newspaper ዘመን (Zemen, meaning The Times), and the man largely credited for the Eritrean poetry resurgence of the early 2000s.
The paper was known amongst readers for its special interest in arts and literature, and Asrat – himself a leading poet as well as a songwriter – was the most popular art critic of his time.
But his role was not limited to critique: he played a leading role in creating writers’ clubs across the country. With two friends he set up a grassroots literary club called ቍርሲ ቀዳም ኣብ ጠዓሞት (Saturday’s Supper) in 2001. Soon after, similar clubs were established in all major Eritrean towns.
Eventually, Zemen became the leading literary newspaper in the country, run by a circle of critics who helped shape the cultural landscape of the country.
Above all, Asrat was a talented poet. In his writing, he explored subjects ranging from the daily life of the underprivileged, to war and peace. Unlike much popular Eritrean wartime poetry, he portrayed the ugly side of conflict. His award-winning poem ኣበሳ ኲናት (The Scourge of War) alluded to the then ongoing border dispute with neighbouring Ethiopia, describing the blood shed by two brothers:

Asrat was arrested at his home on the morning of 23 September 2001, when the editors of all the country’s private newspapers were rounded up. Prior to his arrest, he was preparing to go to South Africa to continue his higher education.
From the limited information available, Asrat is still detained in the maximum security prison, Eiraeiro, north of Asmara.
(Translation by Tedros Abraham)

A former freedom fighter, the first director of the state-owned national TV channel, Eri-TV and a freelance photographer and journalist, Seyoum Tsehaye was arrested in his home after repeatedly publishing critical articles in the independent newspaper, Setit.
Tsehaye, still reportedly alive in Eiraeiro prison camp according to the latest limited information, was 49 at the time of his arrest.
After fighting as a foot soldier in the armed struggle, he was called back by the front to establish a department of photography for the Eritrean People’s Liberation Front party, archiving images and footage of the conflict that are still used by national TV today.
Former editor-in-chief of Setit, Aaron Berhane, describes him as “someone who always tried to have impact on Eritrean daily life”.
As many dreams for the country started to dissolve after independence, Tsehaye started to write regularly for Setit. According to Berhane, “his writings explored the challenges Eritrean former fighters faced in re-adjusting to civilian life and putting bread on the table.”
But as Tsehaye started to drift away from the preferred political line of the elites in power, he was targeted by the authorities.
Tsehaye always wanted to speak on behalf of the voiceless, Berhane recalls, who remembers that the journalists used to repeat the line: “If we don’t give them a voice, no one will.”
He is married with two daughters.

A former sports columnist,
and a lawyer by profession, Haile was working at the Ministry of Justice at the time of his arrest. Today, Haile remains best known for his critical articles calling for the rule of law to be firmly established in the country post-independence.
As his friend, exiled lawyer and former Eritrean Movement for Democracy and Human Rights chairperson, Samuel Bizen, says, Haile: “was passionate about the rule of law and constitutional democracy. Most importantly he was concerned about the implementation of the new constitution ... and the free flow of information that empowers people and enables them to stand up for their rights.”
Haile often wrote editorials that addressed law and order. In one piece, he underlined the importance of a free press in building a vibrant and accountable society. Praising some of the steps taken towards opening up the press and democratisation, Haile called for a culture of tolerance.
Despite constant hostility from the government in the form of frequent arrests and intimidation, Haile was convinced that the rule of law would prevail. But this proved to be wishful thinking.
After all independent newspapers were banned in 2001, the editors joined together to write a letter to the Ministry of Information, asking for an explanation. Poet Saba Kidane, now in exile, was present at the meeting and recalls Haile’s reaction. On hearing how other editors were fleeing the country, Haile said: “We are in a country governed by the rule of law and we are asking for an explanation for these actions. We cannot flee in fear.”
Two days later, he was arrested at his home. Medhanie is reported to have died in detention, according to a former prison guard. His death was attributed to harsh conditions and a lack of medical attention. He leaves behind four brothers.

The country’s first independent newspaper, Setit was founded by Aaron Berhane, Simret Seyoum and Habtom Mihreteab in August 1997. The team was soon strengthened when Dawit Issac – a Swedish-Eritrean journalist also detained incommunicado since 2001 – and Fessaheye Yohannes joined too.
Starting out as a bi-monthly publication with a circulation of 5,000, the print run was soon increased to twice a week with a circulation of 40,000, according to Aaron Berhane, the former editor-in-chief. By way of comparison, the government-owned ሓዳስ ኤርትራ (Hadas Er’tra) then had a circulation of just 10,000, despite being distributed free.
A published poet, circus performer (with the Shewit Children’s Theatre) and short story writer, Yohannes was known as friendly, reliable – “a dedicated journalist who never missed deadlines. He had a great ability working in a very tight schedule. He was also passionate about life,” recalls Berhane.
“You’d always see him joking around and laughing loudly.”
Along with the other editors of Eritrea’s other private newspapers, Yohannes was rounded up on the morning of 23 September 2001 at his home. He is thought to have died in 2006 or 2007, due to poor health and mistreatment in prison.

Idris Abu’Are was known for his critical thinking, his public readings and his seminars on the history of the Eritrean independence struggle, says his friend and fellow journalist Stefanos G Temelso.
After freedom from Ethiopia finally came in 1991, Abu’Are was assigned to the newly established Ministry of Foreign Affairs and alongside his duties regularly contributed to the government-run Arabic daily newspaper, Eritrea al-Haditha.
But over time, Abu’are became increasingly critical of the ministry – and publicly called them out. In a February 2001 issue, he wrote:

The strange thing about the matter is that every time the discontent and contempt resurface, the stubbornness of the ministry grows

Abu’Are later freelanced for the independent newspaper ጽጌናይ (Tsigenay), and published a collection of short stories in Arabic in 1992.
But the writer was soon blacklisted for his ideas by the increasingly nervous government, and was arrested at his home in October 2001 after openly denouncing the arrest of the G-15 group.
Aba’Are is married and has one daughter. He remains in prison.

Assistant editor of Meqalh
Among his students at Asmara’s secondary school, Dawit Habtemichael was known as an energetic physics teacher, who organised a literary club and also served as a volleyball coach.
His former colleagues at the newspaper መቓልሕ (Echo) describe him as a jovial and talented editor, a critical reader and a hard worker who would spend hours working on the newspaper after his classes at the school.

Meqalh was co-founded by Habtemichael in 1998. The newspaper started life in a tiny office, equipped with one desktop computer, an old printer and a telephone, which served as their base right up until the ban on independent media, according to fellow exiled journalist Yebio Ghebremedhin.
In addition to editing, Habtemichael also wrote critical articles: his regular column, ክምብል በለ’ምበር (Never too late) scrutinised key issues in society and government on which, he assumed, it was never too late to improve.
Dawit was not arrested in the first dawn round-up of journalists in 2001. However, wrongly assuming that they would probably arrest him and release him shortly afterwards – as was common practice at the time – he went to work as usual. However, security police arrived at the Asmara comprehensive secondary school the next day, and detained him.
There are conflicting reports about Habtemichael’s whereabouts today: according to Reporters Without Borders, he died in Eiraeiro prison camp in the second half of 2010, along with his colleague and editor Matios Habteab.
Abraham Tesfalul Zere is Eritrean writer and journalist who is currently serving as executive director of PEN Eritrea in exile
Posted by Guihon at 1:22 AM