In a bid to upend years of secrecy in the country dubbed “Africa’s North Korea”, a new Facebook page is publishing documents claiming to show how the Eritrean government abuses its citizens.
In just two months, SACTISM – Classified Documents of the Dwindling PFDJ has garnered more than 16,000 followers on the social media site by alleging to have new information about human rights violations committed at the hands of president Isaias Afewerki’s ruling party, the People’s Front for Democracy and Justice.
The name “sactism” comes from a colloquial Arabic word that roughly translates as “nothing”, and was coined by the anonymous whistleblower behind the page, who goes by the name Samuel.
Samuel claims he is an Eritrean underground blogger who once held a “key post” in the government but who later fled the country. He says he is now sorting through the documents he collected while working in the capital, and says he is determined to expose the regime.
Over the last decade, the Eritrean government has been branded one of world’s worst human rights abusers, with Amnesty International estimating the country is holding at least 10,000 political prisoners in more than 360 secret prisons.
As a result, thousands of young men and women are fleeing the country. In 2014,50,000 Eritreans sought asylum in Europe, with the UN estimating that around 5,000 nationals continue to escape each month.
With such a severe crackdown on civil liberties, and with little information able to enter to leave the country, Sactism has garnered a significant amount of attention from the Eritrean diaspora, despite the fact that the documents are impossible to verify. 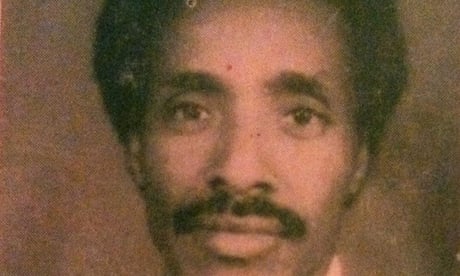 'If we don’t give them a voice, no one will': Eritrea's forgotten journalists, still jailed after 14 years

In early February, posts appeared on Sactism claiming to show new information about the political prisoners and journalists who have been incarcerated for more than 14 years in Eritrea’s secret prisons.
Samuel also published accompanying notes he claims originate from 2001, which offer information about the security agents who arrested the journalists and their subsequent treatment in the notoriously secretive prison in Eiraeiro.
“The page is shaking the status quo,” says Daniel Mekonnen, a prominent Eritrean human rights lawyer living in Geneva. “Although it is difficult to ascertain the truthfulness of every information published on the page, some [readers] have already given their own independent opinion confirming the veracity – in whole or in part – of some of the information revealed,” he says.
The allegations have also been read out on popular Eritrean radio stations abroad, such as Radio Assenna, and have been extensively republished on diaspora websites.

Advertisement
President of PEN Eritrea in exile, Ghirmai Negash, describes Sactism “as a new genre in Eritrean writing, the importance of which lies in its subversive power in the context of a nation under tyranny.”
But a few prominent figures have criticised the way in which Samuel is releasing the information. Awet Weldemichael, professor of African history at Queen’s University, says he is concerned about the ethics of the way in which the information is being released.
“I am not sure if it helps to family and friends of the disappeared to learn it through Facebook,” he says, adding that he also worries about the authenticity of the documents.
Facebook initially blocked the page, originally published exclusively in Tigrinya, after a petition emerged claiming that Sactism was “inciting hatred”. Samuel then began publishing certain posts in English, and provided a short blurb to clarify his intentions to readers.
Though he’s been approached by various outlets, he says he has chosen to stick to publishing on social media to allow him to “operate at an individual level” and to be “part of the democratisation of information sharing”, he has written.
“The regime was surviving mainly through the dread of information sharing,” he explained in a post in February. As a result, he has made it his mission to fight “misinformation and secrecy”, promising that “all the information shared on the page is most accurate.”
Posted by Guihon at 2:06 AM