Eritrea accuses Ethiopia of being behind U.N. crimes report | Reuters 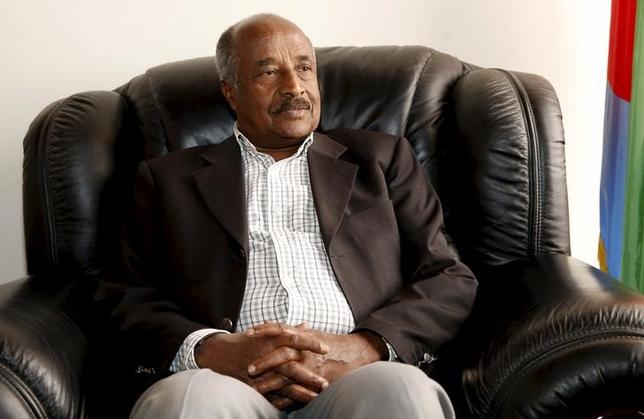 Eritrea accused Ethiopia on Tuesday of having orchestrated evidence in a landmark U.N. report last week that accused Eritrean leaders of committing crimes against humanity including torture, murder and enslavement.
The report by independent experts called for the case to be referred to the International Criminal Court.
The U.N. Human Rights Council, which is holding a three-week session in Geneva, is expected to consider a resolution to recommend future action on Eritrea.
"The gathering of information from 'witnesses' organized by Ethiopia allows the latter to advance its propaganda against a country that it aims to destabilize," Eritrean Foreign Minister Osman Saleh told the 47-member state forum.
The two Horn of Africa nations were involved in a war in 1998-2000 that killed 70,000 people. They routinely accuse each other trying to destabilize and topple the other's government.
The minister called Ethiopia "an African face for other countries with a regime change agenda" and said it had initiated an unprovoked military attack against Eritrea on Sunday.
"The armed attack two days ago is timed with the release of the report, supposedly for maximum impact on the territorial integrity and sovereignty of Eritrea."
Echoing comments earlier by an Ethiopian government spokesman, Ethiopian Ambassador Negash Kebret Botora told the Geneva forum Eritrea had launched the unprovoked attack, shelling the population around the border area.
"The regime always chooses when to divert the attention of the international community from its repugnant human rights record," he said.
Osman said Eritrea was focusing on human rights, including cooperating with the U.N. human rights office to strengthen its justice system, seeking U.N. help on its penitentiary system, and freeing Djiboutian prisoners of war.
(Reporting by Tom Miles; Editing by Alison Williams)

Sponsored Links by Taboola
From The Web
Posted by Guihon at 1:48 AM