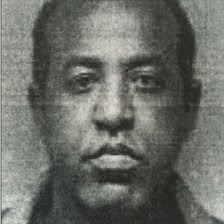 A man has been jailed for life for stabbing an asylum seeker to death in a drunken row in Middlesbrough.
Dawit Asmalash, 31, had denied the murder of Haileab Tadesse, 35, but was found unanimously guilty by a jury at Teesside Crown Court.
Mr Tadesse of Eritrea, in East Africa, was found at a house in Palm Street on 4 April 2011. He had been stabbed through the heart.
Asmalash, of no fixed address, must serve a minimum of 15 years.
A statement from Cleveland Police said: "The death of the man known as Mr Tadesse followed a drunken argument between him and Dawit Asmalash.
"Dawit Asmalash responded to this by taking a knife and stabbing Mr Tadesse twice.
'Dignity and respect'

"There was no excuse for this violence and the jury has seen through Dawit Asmalash and his attempt to justify his actions.
"Dawit Asmalash has consistently refused to accept responsibility for his actions on that night but today he must face up to the consequences of his violent attack on Mr Tadesse."
Police said Mr Tadesse had been granted asylum to remain in the UK until 2016. 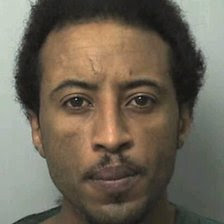 Asmalash must serve at least 15 years for the stab murder
Officers from the Cleveland force thanked members of the Eritrean and Ethiopian community for helping them during the inquiry.
The statement added: "The investigation team has come to know many of the Eritreans and Ethiopians living in Middlesbrough and we have seen a culture of deeply religious people that believe strongly in dignity and respect for others.
"Dawit Asmalash is not representative of this culture.
"The Eritrean and Ethiopian communities have stood up to Dawit Asmalash by attending court to give evidence against him and I would strongly urge people not to judge a community on the actions of one individual."
Posted by Guihon at 1:26 AM