East Africa: How Could a Lasting Peace Between Ethiopia and Eritrea Be Achieved? allAfrica.com 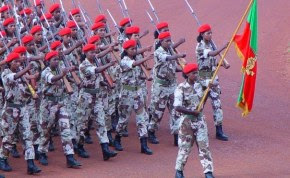 Dr. Tedros, yesterday (April 29), met and briefed representatives of select think tanks in Washington DC on the recent … see more »
Read the original of this report on the ThinkAfricaPress site.
Posted by Guihon at 4:35 AM