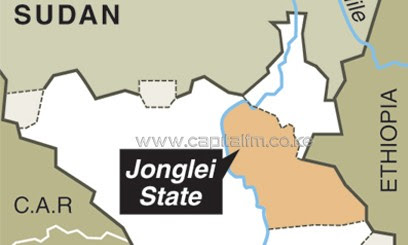 Map of Sudan/FILE
KHARTOUM, Jun 12 – Eight members of an Eritrean opposition movement have been arrested in Sudan’s border region, a leader of the exile group said on Wednesday.
They were detained on Saturday around Kassala town, said a leader of the Eritrean Islamic Reform Movement, who asked not to be named.
He said all the detainees are members of the group’s military wing and include its chief, Abu Abbas.
Sudanese state security agents surrounded their homes and took them away, the activist said.
“Since then there has been no contact with their families. We are worried about them,” he said.
A United Nations expert said last week that the “dire” human rights situation in Eritrea is leaving its citizens no option but to flee.
Sheila Keetharuth told reporters in Geneva that thousands have escaped despite a shoot-to-kill policy for those trying to cross into neighbouring Ethiopia or Sudan.
Eastern Sudan is home to tens of thousands of ethnic Eritreans.
Opposition parties are banned under the regime of Issaias Afeworki, who has ruled the Horn of Africa nation since its independence in 1993.
Posted by Guihon at 1:36 AM