Report from Eritrea part I Asmarino.com 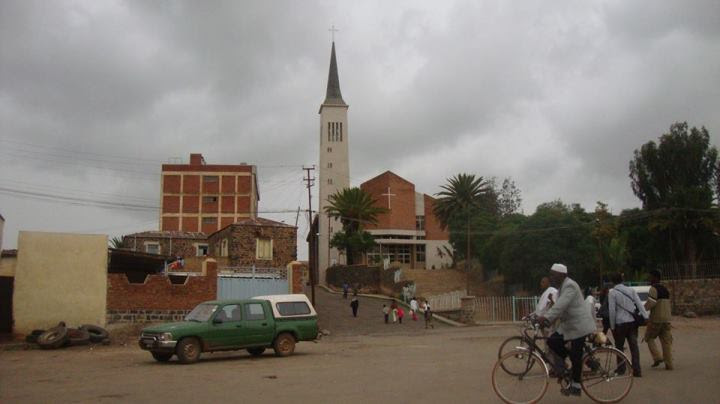 As far as the average man on the streets is concerned, things remain as they were  before and there are no new developments after the Lampedusa incident. Even though the people are feeling  bad about this tragic event, they still remain paralyzed in their fear. However even the silence has been disquieting to the regime. The fear of the regime too is palpable:
(a)   The police have been extra-vigilant, especially in checking the public bulletin boards, tear  any funeral announcement they see there.
(b)   Almost all ministers and key persons are banned from travel outside the nation.
The current state of Eritrean Airlines 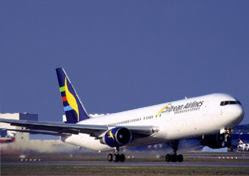 Following the defection of Mr. Kibrom Dafla, the then general manager of Eritrean Airlines, in  2009, the airlines was run by Pakistani management group directed by a Packistani named Mr. Shaki ,from 2010 to 2012. This guy had previously worked in United Arab Emirates, in Dubai, as a simple travel agent.  Mr. Shaki and his management group worked as a management team running the Eritrean airlines; and throughout his stay in Eritrea, Mr. Shaki was in direct contact with Isaias Afwerki. The flights to Lahore, Pakistan, where neither trade nor transpiration of nationals exist, created suspicious of about what Isaias is up to. It is feared that the airline was  mainly used for smuggling purposes. Speculation of what the cargo could be ranges from gold to armaments.
After two years of probable smuggling operation, by end of 2012 Mr. Shaki and his staff left Eritrea for good and now Mr Shaki is residing in LahorIt is believed that Mr Shaki embezzled millions of dollars from the account of the eritrean airlines, and attempts to recover the money has been futile to date.
Further efforts to resusicate the airlines under Eritrean management has so far failed to bring any result.
Military leaders in key positions:

a)      Major-general Philipos Weldeyohaness is now in charge of all prisons around Asmara. The prisons in Adiabeto, Maisrwa, Ala, Basit , Adinfas and  Eraero are under his control, where so many people are tortured and killed.
b)      Wedi-Memhir (Colonel), the one who conducted the shooting of disabled veterans (sinkulan) at Maihabar in 1993, is now in charge of arming people in entire Eritrea, known as Hizbawi Serawit (popular army), from the ages of 18 up to 75.
c)      Colonel Wedi-liqe, similarly to Wedi-Memhir, has been in charge of arming and terrorizing people
d)      Colonel Teame Mekele is still in charge of coordinating and arming various terrorist groups from Eritrea, especially from Massawa and Assab. It is to be remembered and he is in the black list of UN Security Council for this very act in the past.
e)      Wedi-Ftewrari is another top security guy, who was previously stationed in Sudan spying on Eritreans;  Now he is stationed in Massawa. He is believed to have taken over the navy position of Karikare, and he is now busy kidnapping and disappearing people. 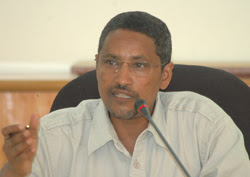 f)        Brigadier-general Abraha Kassa, as usual, is putting innocent Eritreans in prison in Asmara in Wenjel-Mirmera.
g)     Colonel Simon Gebredingel, another known criminal in the security department, is known for killing people secretly by silencer and disposing their bodies in inaccessible places.
h)      The criminal Brigadier-general Wedi-Libsu, who was previously a judge in the special court (Fuluy Firdibet), has been transferred to Sawa training center.
i)      Colonel Tesfaldet, the main security man in Isaias’ office, is also in the business of kidnapping and disappearing people. 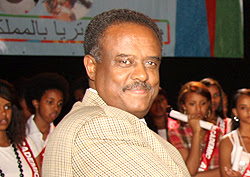 j) Hagos Gebrehiwet (kisha) and Issias’s relation is very strained after the defection of Hagos’ vice who is believed to be in one of the Scandinavian counties. 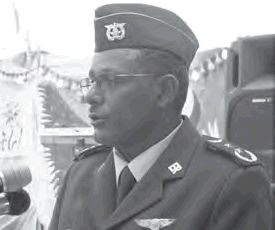 k)      Major-general Teclai Habteslasse, is now spending most of his days in Massawa. After the defection of the personal pilots to Saudi Arabia, two foreign (white) pilots have been assigned to  that task. Occasionally, it is believed that these pilots take the president to Saudi Arabia or Gulf States for medical attention, potentially for his chronic liver ailment. And insiders believe that if the situation in Eritrea gets real bad, this would be the route Isaias may take to escape from the country,
In addition to the above mentioned criminals, there are many other colonels and military and security officials who who are active kidnapping and disappearing people across the country,
As a result, Eritrea has by now turned into a huge cemetery. People are losing family members not only in Shegeraib Sudan by Rashaida, in the Sinai by Beduin, in Sahara and Libya and in Mediterranean Sea, but also in the hundreds of detention centers in Eritrea. In fact the deaths in these prisons by far outstrips those dying outside the country.
The health condition of higher officials 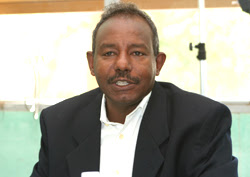 a)      General Sibhat Efrem has been having a serious migraine problem, and he has been absent from his job on many occasions .

b)     Major-general Samuel China has been having serious eye problem and is now using heavy eyeglasses. 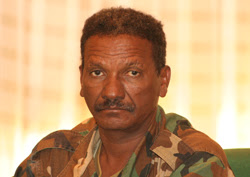 c)     Major-general Gerezgiher Wuchu is almost out of job because alcoholism. 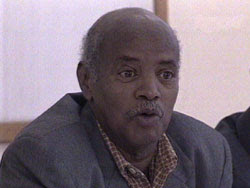 d)     Higdef’s secretary Alamin is also critically ill. He is irrelevant in the PFDJ circles
e)     Major-general Tewil is under house arrest and is deeply depressed
Posted by Guihon at 2:35 AM