What Eritrean migrants could teach Ted Cruz - The Washington Post

This is how it happened.
The migrants came from Eritrea, which is on the Horn of Africa and where the per capita income is about $800 a year. They sold everything they had, even their land, and then were trucked across the Sahara Desert with very little to eat or drink and taken to the Libyan port of Misurata. There, about 500 people were crammed onto a boat, which sailed for 13 days until the engines quit and the ship went dead in the water off the Italian island of Lampedusa. It was night, so the captain signaled the shore by setting fire to a blanket, which somehow ignited a drum of benzene. The fire spread and the panicked Eritreans fled to one side of the boat, capsizing it. Most of them couldn’t swim. Most of them drowned.
Richard Cohen
Cohen writes about politics in a weekly column and on the PostPartisan blog.
Archive
Gallery 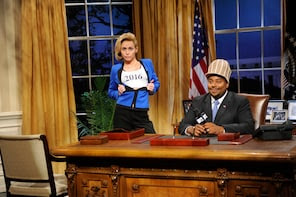 The best of jokes about the government shutdown: In trying to make the best of a bad situation, late night comics have used Obama impersonators, mourned the loss of the panda cam and mocked Fox News’s coverage. Miley Cyrus lent Saturday Night Live a hand in a shutdown sketch.
You may also like...

Dana Milbank
A dead end for the GOP

Eugene Robinson
Eugene Robinson Live
In the water, the living clung to the floating dead — 339 of them. Whole families perished. The Italian navy came by. Some migrants were rescued and brought to Lampedusa, which is closer to Tunisia than it is to Sicily. The mayor, Giusi Nicolini, wept at the scene. She had been through this before — previous drownings of African migrants — and she will undoubtedly go through it again. Last Friday, yet another ship capsized, this one off Malta, and 27 people drowned. The desperate, it seems, are very desperate indeed.
On the idyllic Mediterranean islands, the dead come in with the tide. Lampedusa promotes itself as “paradise.” I have seen these islands and I will not quibble. What’s more, the name of the island is that of Giuseppe Tomasi di Lampedusa, author of “The Leopard,” a great, opulent book embracing life in all its glorious idiocy. To connect the chiaroscuro wonders of the novel with the darkness of the drownings is both ridiculous and inescapable. Here again is life in all its idiocy.
Still, there is yet another connection. The drownings occurred during Ted Cruz time. This is the period in our history when the senator from Texas and others think that what they want to do is so important they can shut down the U.S. government. They are suffused with an immense sense of self-importance. They declare their moment a crisis, and in a crisis you are obliged to do things you might otherwise not do — such as threaten to pitch the country into default. It is that important.
There is more. You can toy with the stock market — Oh, it will recover, won’t it? — sinking 401(k)s and possibly doing irreparable damage. You can put people out of work — federal workers, of course, but also hot dog vendors across the street and parking attendants who get no tips when no cars are parked. People can’t get mortgages and most national parks are shut and it’s all because of the crisis, the Ted Cruz Crisis, which had him talk for 21 hours to a Senate that, appropriately, did not give a damn.
I stood once on the dock at Guantanamo Bay, Cuba. The Navy and the Coast Guard were fishing Haitians from the sea. They had naively set off for Florida from their mismanaged, hideously poor, nation. The sea overwhelmed them and the sun baked them and when they flopped on the dock, they had no life in their eyes. I looked at them, feeling guilty but not really guilty at all — certainly lucky, however. It was them and not me, and I had nothing to do with it.
It is the same with the Eritreans and others who try to make it to Europe. I cannot know such desperation, such poverty and, yes, such bravery. My grandparents, immigrants all, were rich compared to these migrants, although truly they had almost nothing. But my ancestors came on huge boats, ships of reputable lines, and were fed and not abused — and, of course, they did not drown. But the migrants who did, and the migrants who will, are all in crisis.
The increasingly remarkable Pope Francis went to Lampedusa in July after another drowning. He cited the Spanish playwright (and lapsed Jesuit and steadfast roue) Lope de Vega on the difficulty of ascertaining responsibility — who is responsible for the drownings? — and came up with a startlingly apt phrase: “The globalization of indifference.” We go on with our lives. The migrants are in crisis but so, insistently and insultingly, are Ted Cruz and the others in Congress. Otherwise, they would not be doing what they are doing.
Right?
Posted by Guihon at 12:27 AM