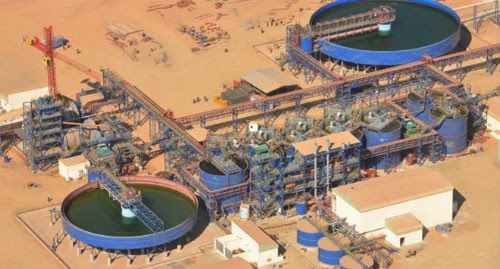 Ethiopian fighter planes bombed the  site of Eritrea's Bisha goldmine, reported Al-Sahafa, a leading Sudanese Arab daily in its March 21 edition.
According to the newspaper, heavy plumes of smoke and fire bellowed from the mine located 150 kilometers from the capital city, Asmara.
At $300-$400 in annual earnings, the goldmine is Eritrea's only source of revenue, the newspaper added.
The paper speculated that the raid might have been intended to distract public attention from the upcoming Ethiopian elections.
In related developments, www.sallina.com has reported that Bisha goldmine sustained damages. It did not provide information on the nature or cause.
Reached at its headquarters in Canada, Nevsun Mining Company asked Asmarino.com to contact its local offices in Eritrea directly. They were not available for comment. 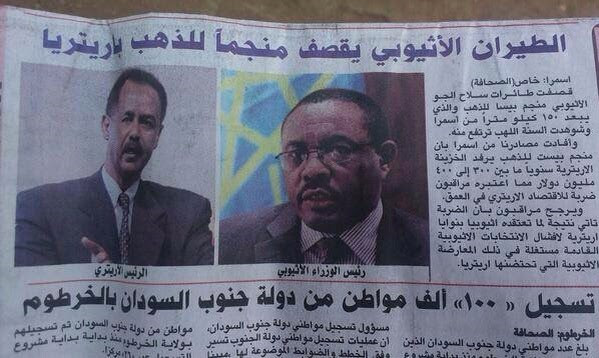 The Bisha Gold Mining and the May‐Edaga Depot destroyed
Sallina.com
Reliable sources from inside Eritrea indicate that the Bisha Gold Mining in Gash Barka and the May‐Edaga Depot are destroyed. The sources further claim that the attack which started at 4:30 am on Friday March 2o,2015 and the huge fire caused thereof lasted well into the middle of the day. The attack is believed to have been carried out either by missile or sabotage by opponents of the regime. President Esayas travelled to the two sites to assess the extent of the damage caused by the attack. Opponents to the regime often accuse the regime to have utilized the huge revenue from the Bisha Gold Mining to bolster its ruthless rule against the people of Eritrea.
Posted by Guihon at 5:16 AM