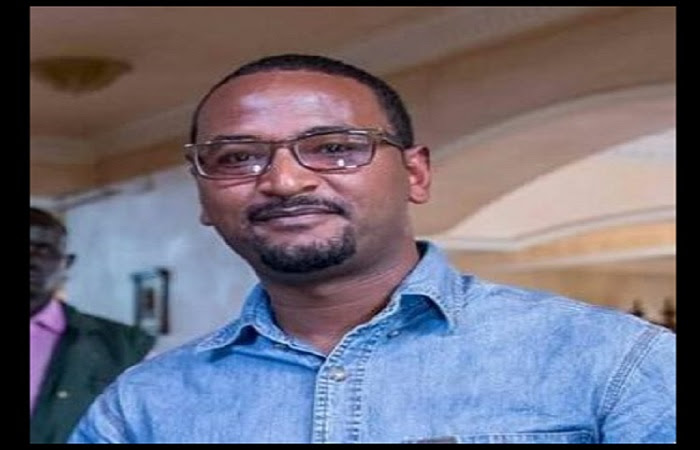 “we cherish the trust our readers place in us to provide an accurate and vivid account of the world. On this case, the article was false and created subsequent ill-informed and damaging coverage in other media outlets and across social media.”

Elias Meseret Taye (pictured above) reported, for the Associated Press, about defection of two Eritrean pilots with their military jets citing a certain Eritrean by the name Nasredin Ahmed Ali who was described by the reporter as “spokesman for the Ethiopia-based Red Sea Afar Democratic Organization.” In what seem to be an effort to place credence to the report, the freelancer included a story about two Ethiopian jets flying low in Mekelle for which a lecturer at Mekelle University, Abiy Chelkeba, was cited as an eye witness.
The Associated Press report, which is now proved to be false, was published on October 27 by major media outlets including the New York Times
Regime in Ethiopia, as was cited in the Associated Press report, didn’t comment about the defection but Henok Semagzier of Amharic service of Voice of America reported about “Eritrean pilots defection to Ethiopia” claiming “intelligence sources” , apparently from within in Ethiopian government. Borkena cautiously reported about VOA coverage yesterday. At this writing, VOA Amharic does not seem to issue statement to apologize about the false report.
It is not clear whether the Associated Press would follow up the matter to establish as to who else was involved the production of false report.
Posted by Guihon at 8:09 AM