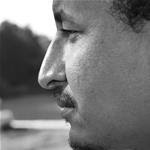 If available at all, facts about many crucial issues in Eritrea fail to capture the reality in the country. Reading the news about Eritrea, an outsider would not understand the extent and complexity of its transformation: from a country with a promising future into the personal fiefdom of President Isaias Afwerki and his clique at the People's Front for Democracy and Justice (PFDJ).
A pastiche of daily encounters does a better job of illuminating the disfigured Dadaist reality of present-day Eritrea.

Pasta and oil instead of lectures

The Eritrean government closed the only university in Eritrea, the University of Asmara, in 2006, after the last class finished their studies and no new students were admitted. I had been working in the university as teaching assistant at the Department of Eritrean Languages and Literature since October 2004. After the closure, the staff and faculty continued to report to work for a year. We were still receiving our salaries, but we didn't have any classes to teach. We had no obligation to show up to "work". However, we continued to do so because our food rations were being distributed at the university campus. With the ruling party rationing the most basic food items, such as pasta, cooking oil and grain, and with no students to attend to, faculty found food rations the only worthwhile topic of conversation at the university. As shares were distributed, bits of pasta and leaks of cooking oil became common in faculty offices, along with professors hauling bags full of food items away from the campus.

When the military conquered education

After a year in limbo, the regime reassigned faculty and staff of the University of Asmara to under-equipped semi-military colleges that had been established about three years earlier. Students of these colleges were assigned into military divisions and they were forced to attend military training regularly, alongside their classes. Since then, the quality of education has been astutely deteriorating with the colleges in effect becoming refuges of indefinite limbo. My first responsibility as a faculty member in the new college was to supervise exams. While working as a proctor at the exams, I couldn't help noticing fresh faces wearing uniforms in the college lecture halls. When I asked a colleague about these people, he told me they were "military police, assigned to supervise".

In 2010, when I was taking the public bus home in Asmara, I noticed Sara sitting at a bus stop heading in the other direction, obviously waiting for the bus. A few days later when we met, I asked her what had brought her to our neighbourhood that day. "You know, I lived in your neighbourhood before I moved to my current location, but our bread ration is still there," she explained. "The shopkeeper is kind enough to reserve my ration," she said. "So, I go to her shop and collect my ration every other day".
OPINION: Remembering the Eritrean dream on Independence Day
Normally bread rations are supposed to be collected daily from officially designated shops in the early hours of the morning. Sara had three children and she was entitled to receive a ration of four pieces of bread - three for her children and one for her - for each day. Knowing the hassles and delays of public transport in Eritrea, not to mention how overcrowded the buses are, I marvelled at her taking two buses to reach her destination.
How much time was she spending every other day to fetch these eight pieces of bread for a two-day ration? I asked her. She responded, "Sometimes, if I get fuel [contrabanded], I use my car, other times a bicycle, but the buses take me about an hour to go and another hour to return". Sara was in her later forties and had been the country representative of a United Nations office at one time.

The making of truth

Sometime around 2010-11, the Ministry of Information came up with an unconventional but creative way of delivering "news". They would write a strongly worded editorial - the usual screeds denouncing the international community or highlighting the achievements of the nation in the face of continued hostilities. Two or three days later, they would publish a news article on the editorial and credit the aforementioned editorial as the source. When they did this for the first time, I had a good laugh about it with my friend Yonatan, who also studied journalism. "You know what?" said Yonatan, "They will continue to do this and soon we will normalise it". As he predicted, the practice of manufacturing news from editorials became an established and accepted tradition over the years, normalised by both journalists and the public.

Sometime in 2011, I stumbled onto Kibreab in Asmara, an amateur poet who also had written a film script. I knew him through a mutual friend, also a poet. Since 2001, we had met frequently at the offices of Zemen, one of the now-banned private newspapers to which I had contributed. "Are our friends still in prison, or are they released?" he asked me immediately after we greeted each other. Some of our mutual friends, including the poet who introduced us, had been taken into custody in 2009 when Radio Bana, the only educational radio station sponsored by Eritrea's Ministry of Education, was raided and later banned by the military. "Of course, they are still in prison; how would you miss it if they had been released?" I answered. "It is sad," he said, "So Amanuel Asrat and his group are also still in custody, I assume?" He was referring to journalists including Asrat who have been languishing incommunicado in detention since September 2001. I did not know how to respond and walked away thinking about the journalists who have never been heard of apart from sporadic news delivered by former prison guards who had fled the country. The news is scant, usually enough to update the list of the deceased detained journalists and other political prisoners.

The bus ride to Asmara

After University of Asmara was closed, my college, the College of Arts and Social Sciences was re-located to Adi-Kieh, about 110km south of the capital. As the town has barely any facilities, it became natural for all of the staff members and most students to come to Asmara for a weekend to relax. With extremely dilapidated roads, the handful of public buses operating (private cars are unimaginable), overcrowded with students and faculty, would take about half a day to reach Asmara (Google maps estimated the distance as 1:30 hours). The weekly scenes of chaos at the bus terminals started with long and disorderly queues at 4am. The bus conductors, in their teens, suddenly assumed the roles of the infamous military commanders in the country, insulting, pushing, and ruthlessly belittling the desperate passengers. Senior professors in their 60s were forced to stoop and beg for the compassion of the erratic teenage dictators.
IN PICTURES: The Eritreans fleeing to Ethiopia
Two years after leaving the college and coming to the US, unsoundly expecting some dramatic changes might have had happened after my departure, I asked my colleague Yonatan if anything had improved. "Of course, there is major change," told me Yonatan as if he were waiting all the time to share his achievement, "I mastered how to bribe the bus conductors. I pay them 250-300 Nakfa and secure my seat without a hassle." The normal fare was 60 Nakfa.

When my friend Tesfai, who worked at the Ministry of Trade and Industry, travelled out of Eritrea for the first time on a work visit to China in 2014, I had a long phone conversation with him to catch up on what had been happening in the two years since I had left the country. One thing that had happened was that the government introduced a new law, requiring all citizens between the ages of 18 and 70 to carry arms and guard government buildings in the evenings. As it was nearly impossible to talk on the phone at ease with Tesfai while he was in Asmara, now free of the presumed tapping of every phone conversation adopted by the whole Eritrean populace, I asked Tesfai how he is coping with the new requirement. "I have a gun at home, but I am not regularly doing the evening duties of guarding," he said. "What would be the consequences?" I asked him. "They might imprison me for two or three months or even more, but I am ready for that," he replied.

Quitting can get you jailed

During a phone conversation, last week with a friend who works as a teacher in Asmara, he casually remarked that the currency note redemption of early 2016 had severely affected many people. According to the new policy, nationals cannot withdraw more than 5,000 nakfa at any given month from their own savings; the amount barely covers one month's rent for a two-bedroom house in the capital. My friend told me that he and other colleagues had stopped being paid for their second job. He explained that the government introduced a new policy, prohibiting anyone from being on more than one payroll at a time.
"I have not been paid in my second job since early 2016," he tells me. As there is no such private sector, the only employer in the country is also either the government or the ruling party.
READ MORE: Exiled Eritreans campaign for freedom of journalists
"If you have not been paid for more than a year and now six months, why do you continue working there? Why not quit?" I ask bewildered.
"We continue working with the hope that they reconsider and collectively pay us all. But more than that many of us are afraid it will be considered public disobedience and seen as open confrontation to the government," he replied.

As a certain general became empowered by the president with indisputable authority, his girlfriend (he is married and has a family) also became very influential. "The current girlfriend is humble and is mature in comparison to her age (she is in her early 20s). In fact, she has helped many prisoners of conscience be released," tells me Teclai who had a small business in Asmara and had a rough time with the previous girlfriend of the general. "The other one was notorious. If you have any dispute or even slightly irritated her, she just calls the infamous military prison chiefs and they will come right away to round you up from the streets."
Such anecdotes have been the new normal in Eritrea for over a decade now. That is also one of the reasons why some of the international media outlets - if allowed access to the country after the routine rejections - cannot fully grasp the absurdity and steep descent into the abyss.
Abraham T Zere is a US-based Eritrean writer and journalist who is serving as the executive director of PEN Eritrea in exile. Among others, his articles - that mainly deal with Eritrea's gross human rights abuses and lack of freedom of expression - have appeared in The Guardian, The Independent and the Index on Censorship Magazine. Follow him on Twitter: @abraham_zere
The views expressed in this article are the author's own and do not necessarily reflect Al Jazeera's editorial policy.
Posted by Guihon at 1:35 AM